RenderZone allows you to create photorealistic renderings based on the LightWorks® rendering engine. It offers three levels of rendering: simple, z-buffer, and raytrace. A user can start developing the image of a 3D model at the simple level and gradually turn on features and render it at the most photorealistic level. 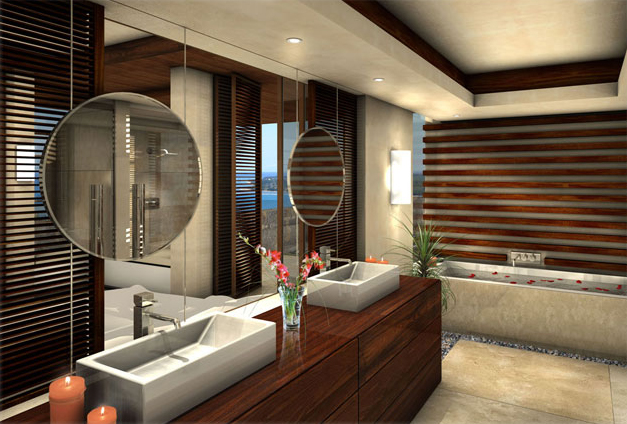 One or more lights can be used, which can be ambient, distant (sun), cone, point, projector, area, custom, line, environment, and atmospheric lights. Lights may appear to glow in images, simulating the reflection of lights off dust particles in the air. Environment and atmospheric lights are advanced lights, which are especially optimized for global illumination. Other light types produce soft (mapped) or hard (raytraced) shadows.

Cubic and spherical environment mapping, bumps, backgrounds that include alpha channel support, depth effects, and post processing effects can be applied. Blur is an example of a post processing effect that simulates focusing your camera to a particular area of your modeling scene. Sky backgrounds that are procedurally generated come close to real skies that you may have captured with your camera.

State of the art shaders are used to render surfaces and other effects. A Material is defined by up to four layers of shaders, which produce color, reflections, transparency, and bump effects. Patterns in shaders can be pre-captured images or can be produced by a procedure. Transparencies, reflections, and refractions can be applied at the z-buffer and raytrace levels. The reflections and refractions are always correctly raytraced, even when they are produced by the z-buffer rendering. This is achieved by applying a mixed rendering method, where surfaces with no reflections are rendered using z-buffer and the rendering effects of reflective surfaces are produced using raytracing.

Raytraced renderings can be accelerated by the use of multiple processors.

Also available is a sketch rendering mode that produces non photorealistic images, which appear as if they were drawn by manual rendering techniques, such as oil painting, water color, or pencil hatches.

Be the first to write your review !